When it comes to special events, fairs and festivals, Pennsylvania  has something for everyone. Whether it's honoring food, history, heritage, or one of the four seasons, Pennsylvania’s  celebrations are known for their authentic charm. The following is just a sample of the events taking place year round.

On February 2, Phil comes out of his burrow on Gobbler's Knob - in front of thousands of followers from all over the world - to predict the weather for the rest of winter. Tradition has it that if Punxsutawney Phil sees his shadow, there will be six more weeks of winter weather. If he does not see his shadow, there will be an early spring. Festivities also include the Woodchuck Whittle Carving Show, the Souvenir Show & Sale, Phil’s Wedding Chapel, Hay Ride Town Tours, Groundhog Day in the Park and much more.  Visit: www.groundhog.org

Each year, 25,000 people flock to this town in the highlands known as the Pennsylvania Wilds to take part in a celebration of chainsaw carving. More than 200 chainsaw carvers from all over the world display their talents, share and learn new techniques, teach the craft to others and raise money for charities. Hosted by master carver, Rick Boni, and his wife Liz, the International Chainsaw Carvers Rendezvous offers chainsaw competitions, safety classes, carving displays, an auction of chainsaw art, the chance to buy large and small pieces from the assembled artists, communal meals, and live music. Visit: www.chainsawrendezvous.org

2013 Flower Show Is a “Brilliant!” Experience for Families

The 2013 PHS Philadelphia Flower Show offers endless opportunities for visitors of all ages. Toddlers, tweens, and young adults will have the chance to participate in crafts, storytimes, interactive games, an exciting (and educational) scavenger hunt, and enjoy on-stage performances at the Flower Show.In addition to the major garden displays, the Flower Show hosts world-renowned competitions in horticulture and artistic arranging, hundreds of gardening lectures and demonstrations, special events, a mammoth indoor Marketplace, and a city-wide Flower Show Week celebration throughout downtown Philadelphia. The Flower Show is also the major fundraiser for PHS’ Philadelphia Green, one of the most comprehensive urban revitalization programs in the nation. Visit: www.theflowershow.com

Johnstown's annual Thunder in the Valley® motorcycle rally is held the fourth weekend in June. While the City of Johnstown serves as the hub of the rally, related events take place throughout the entire Johnstown Region.  Thunder in the Valley now hosts more than 125 vendors and 100,000+ bikers. The event attracts the participation of many local motorcycle dealers including Harley-Davidson, Yamaha, Suzuki, Honda, Kawasaki, Triumph and BMW. Thunder in the Valley® features vendors offering a variety of leather products, cleaning products, helmets, stickers, accessories, jewelry and other goods. There are also live musical entertainments with bands playing rock, oldies, blues, country and jazz. Visit: Valley Thunder

Nothing tops the good old-fashion summer fun to be found at the Kutztown Folk Festival! Now in its 64th  year, the Kutztown Folk Festival is the oldest folklife festival in America. Celebrating the Pennsylvania Dutch Culture, this unique festival continues to attract upwards of 150,000 visitors per year. Named as One of America’s Top Celebrations by USA Today, it was named as a “Must See” Festival by the Washington Post, and was twice featured in National Geographic.  Visit: www.kutztownfestival.com

Make plans for the 150TH Gettysburg Anniversary National Civil War Battle Reenactment, the single largest and one of the most pivotal military engagements ever fought on American soil. Our event will take place just outside of Gettysburg over four days, on July 4, 5, 6, & 7.  This is an All Day Family Event where those dusty old history books will come alive. There will be spectacular Battle Reenactments, Field Demonstrations, a large Living History Village, Living History Activities Tents, Guest Speakers and an extensive Sutler Area. Thousands of reenactors from across the nation and around the world will be staging the battle reenactments for this very special reenactment.  Visit the camps, learn about Civil War Medicine, Music, Weapons and Daily Life during the conflict that defined our nation and saved the Union! Visit: www.gettysburgreenactment.com

A tradition for decades, the Philadelphia Folk Festival offers over 75 hours of music for 3 days with more than 5 dozen great musicians. One of the oldest music festivals in the world, and the longest continuously running US festival of its kind, the Philadelphia Folk Festival is an extravaganza of traditional and contemporary music, dance, crafts, camping, and children’s activities. Visit: Folk Fest

This annual event is the largest agricultural fair in Pennsylvania, covering 236 acres. Grandstand entertainment is available every evening. During the day visitors can check out the hundreds of exhibits, food stands, craft stands, livestock, poultry and rabbit exhibits, as well as the harness racing and dog show. Visit: www.bloomsburgfair.com 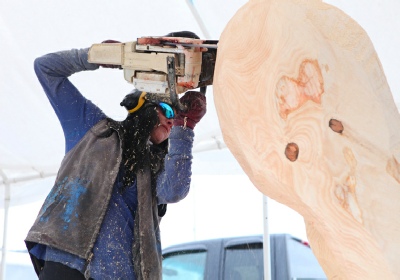 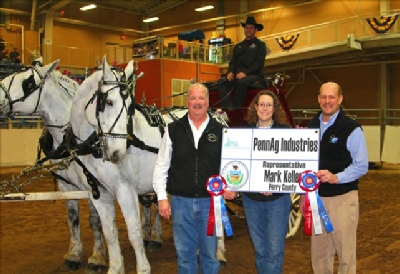 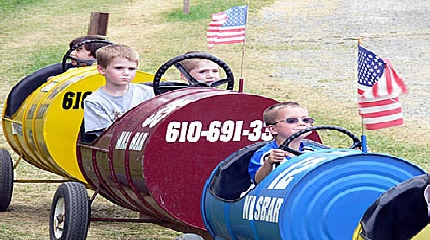