When it comes to special events, fairs and festivals, Nebraska has something for everyone. Whether it's honoring food, history, heritage, or one of the four seasons, Nebraska celebrations are known for their authentic charm. The following is just a sample of our favorite  events taking place during 2014.

As home to internationally-celebrated Arbor Day, Nebraska City takes its beautiful trees seriously, and 2012 will mark our 140th Annual Arbor Day Celebration.  A celebration of tree planters around the world that encourages tree planting and care. It is a celebration that is particularly important to Nebraska because the event originated in Nebraska where it was founded by J Sterling Morton in 1872. Citywide, the event includes children's activities and live entertainment, Family Fun Festival at Wildwood Historic Center, a parade and a 5K trail run. Visit: www.nebraskacity.com

NEBRASKAland DAYS, and the Buffalo Bill rodeo the largest event in western Nebraska is a celebration of the state of Nebraska and its heritage. Complete with top name concerts, parades, athletic contests, food events, micro brew festival, boxing, art shows and rodeos, the event attracts more than 100,000 people to North Platte for 12 action-packed days of fun. Visit: www.nebraskalanddays.com

Award-winning festival brings nationally-known storytellers, poets and musicians to the stage in celebration of ordinary people living extraordinary lives. Usually held the first weekend after Memorial day each year, the festival is organized each year by the Buffalo Commons Storytelling Committee which falls within the umbrella of the McCook Arts Council. Also under the auspices of the event, there is a story book project to raise stories, publish them on the Internet and eventually in a book. Visit: www.buffalocommons.org

The 38th annual Omaha Summer Arts Festival, a tradition for over 38 years, fills the streets along downtown Omaha’s Gene Leahy Mall with three days of art, music, children’s activities, food and more. Previously selected as Omaha’s Best Annual Festival and one of the Top 100 Fine Arts Festivals in the country, the Omaha Summer Arts Festival was named one of 2007’s Top 100 Events in North America by the American Bus Association - the only event in Nebraska to receive this honor in 2007. Visit: www.summerarts.org

A local tradition since 1981, the Chicken Show is a fun event held annually on the second Saturday in July. The Wayne Chicken Show received the 1996 Nebraska Outstanding Tourism Award and was selected in 1999, along with four other community events in America, to be featured in the Library of Congress. The Wayne Chicken Show 2005 was the winner of two Nebraska State Pinnacle Awards given by the Nebraska Festival and Events, Inc.  Attractions include a National Cluck-Off, World's Largest Chicken Dance, children's games, kite flying, fireworks and live entertainment. Visit: www.chickenshow.com

The Nebraska Star Party is a large regional star gazing party held each summer in North Central Nebraska. The remote and sparsely populated area of Sanke River Campground at Merritt Reservoir at a 3,100 foot altitude is the perfect location for this premier star party. Also, the fact that the Sandhills are a dry, sandy, upland plateau helps to keep the haze low and the transparency high.  Events also include a beach party, contests, canoe and tubing trip, and educational activities for kids. Visit:  www.nebraskastarparty.org

Celebrate Edwin Perkin's invention of Kool-Aid 86 years ago in Hastings NE. There will be games, contests, gallons and gallons of Kool-Aid in 16 different flavors and the newly remodeled 'Kool-Aid Discover the Dream' exhibit at the Hastings Museum.  Kool-Aid Days attarcts over 20 thousand visitors to enjoy more than 30 different events including including a parade, games, enter-tainment and the world's largest Kool-Aid stand.  Visit: www.kool-aiddays.com

The world's largest totally irrigated working farm show, Husker Harvest Days has become one of the nation’s premier working farm shows, with exhibitors and field demonstrations geared to Nebraska and Western Corn Belt agriculture. It is the nation’s largest farm show in which all field crops and plots are irrigated. Visitors from Nebraska and more than 20 other states have attended the three-day event. They are welcomed by 500 exhibitors, offering a wide range of ag products and services. Events include more than 80 acres of exhibits, field demonstrations, seminars, crafts and artwork and more. Visit: www.huskerharvestdays.com

The Nebraska Junk Jaunt is a 300 mile continuous yard sale event in central Nebraska that encourages both residents and businesses to participate by having yard sales, sidewalk sales, special promotions, and events. Two of Nebraska's most beautiful Scenic Byways, The Sandhills Journey Byway and the Loup Rivers Scenic Byway, form the basic "looping route" of the JUNK JAUNT.  Also included, and a very important part of this fun event, are the numerous small towns and villages on the west, on the east and inside the "looping Byway/JUNK JAUNT route. Each of 35-40 towns organizes a 3-day yard sale. Most towns will have at least one “Central Set-Up” location for vendors. Last year, this fun event drew 20,000 people from 32 states and 70 of 93 Nebraska counties. Visit: www.junkjaunt.com 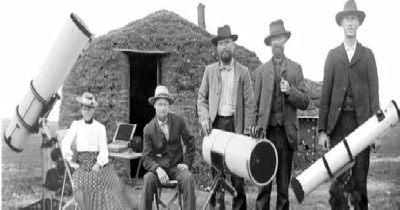 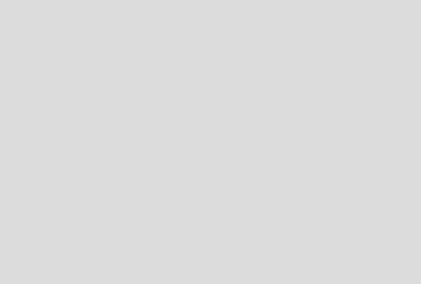 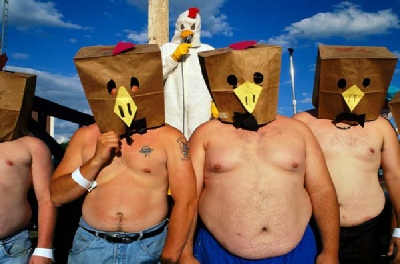 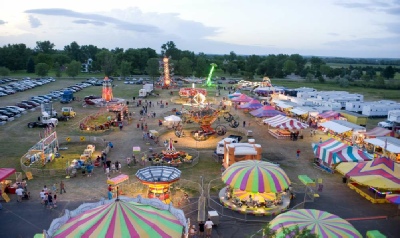