There is just more than you think - going on - in Missouri.  From the amazing cities of Missouri to their scenic great outdoors,  the spectacular museums to the  world renowned entertainment mecas ( Branson, Missouri) - Missouri is a state with a warm and wonderful culture that you are sure to find inviting...  Check out and “IN” to Missouri.

Please enjoy these features below.

Owners of original, vintage motels along Route 66 in Missouri are doing their best to see that motorists keep traveling the legendary highway, known as The Mother Road.

Any tour of the Mother Road should included stays at the Wagon Wheel Motel, in Cuba; the Boots Motel, in Carthage; as well as the Best Western Route 66 Rail Haven, in Springfield (the city where Route 66 got its number); and the Munger Moss Motel, in Lebanon, where the iconic neon sign has been repaired and is once again lighting the way.

Route 66 ran from Chicago to Los Angeles, a total of 2,448 miles. From downtown St. Louis to the Kansas state line, west of Joplin, it covered 317 miles in Missouri.

The highway was officially named Route 66 on April 30, 1926, at a meeting in Springfield. The new, modern roadway served as one of America’s chief east-west arteries, until it was removed from the U.S. highway system in 1985, replaced by Interstates. Now, I-44 through Missouri follows much of the original route.

Route 66’s romantic status as a roadway to the west, and a pathway to adventure, was recognized in song: “Get your kicks on Route 66,” is the mantra of the faithful who refuse to let the highway fade away.

Today, Missouri has erected “Historic Route 66” signs along bypassed sections of the original roadway. Tourists come from the world over to drive its twisting two lane blacktop and visit the Mom ‘n Pop motels and roadside attractions that still line the route.

Let's be honest: Sitting on the couch can be pretty boring. After a while, every sitcom seems the same, every plot twist grows predictable, and every reality show “celebrity” experiences a totally-saw-it-coming meltdown. Time to press the “off” button and head out into the cool, crisp evening for some real entertainment. Missouri boasts a staggering variety of nightlife options, with something to suit every taste.

Passionate about jazz? Your ideal night awaits at Jazz at the Bistro in the Grand Center arts and entertainment district of St. Louis. Jazz at the Bistro regularly welcomes new and established artists. Nationally acclaimed performers, such as jazz violinist Regina Carter and legendary bandleader Stanley Clarke, consider the Bistro a must-stop spot in St. Louis. Enjoy live music in an intimate setting as you dine–don't miss the sumptuous white chocolate mousse-filled crêpes.

Across the state, in Kansas City (an absolutely legendary city for jazz) the American Jazz Museum offers not one, but two venues for stellar live music. The Blue Room melds the best of jazz, past and present, with performances by local and national acts. If you’re musically inclined, take your instrument for the weekly “Blue Monday Jam,” when visitors are invited to sit in on an impromptu session. The American Jazz Museum’s annual concert series “Jammin’ at the Gem” fills the historic and beautiful Gem Theater with outstanding performances. The Gem is home to theater and dance events, as well as a host of community offerings.

In Branson, the Live Music Show Capital of the World, the great shows continue long after the sun goes down. Take your favorite night-owls to the Branson Country USA Late Show, a live radio program featuring talented entertainers from Grand Country and special guests from many Branson shows. This 10:30 p.m. performance is an ever changing event for anyone who loves music, comedy and good old-fashioned stage banter.

Live music is always on the menu at O'Malley's Pub and Music Hall. A favorite hangout in Weston, O'Malley's offers Irish music Friday through Sunday. Fun isn't the only thing brewing at this great nightspot; O'Malley's crafts its own beers, with choices ranging from Cream Ale to Emerald Lager.

Want to be part of the show? Audience participation adds to the fun at The Skinny Improv in Springfield. The talented troupe at The Skinny establishes hilarious scenes and invites audience members to partake in games and shout out lines. Shows take place Thursdays, at 7:30 p.m.; Friday and Saturday, at at 7:30 p.m. and 10 p.m. Feel free to go more than once — after all, at The Skinny, it's never the same show twice. 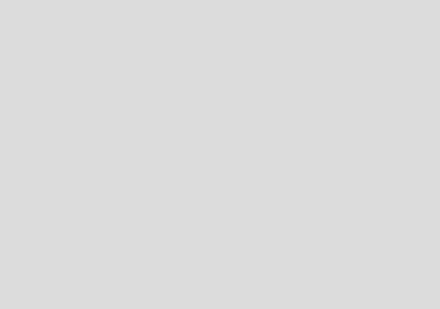 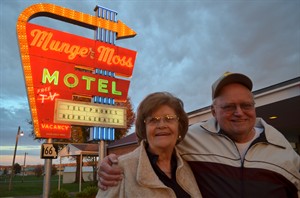 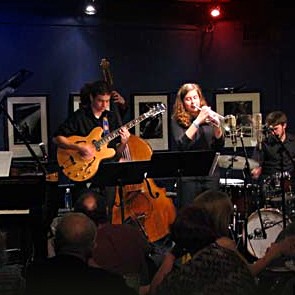